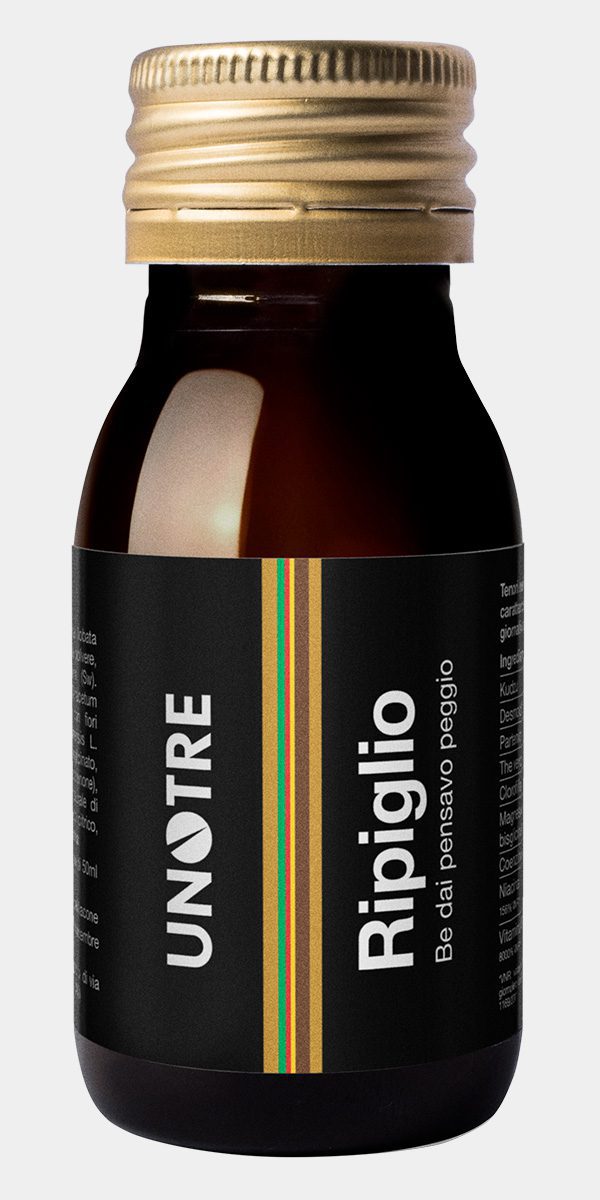 Having fun is fun but takes a toll on your body.

Ripiglio is a concentrate of substances obtained from plants to counterbalance the adverse effects of having fun. 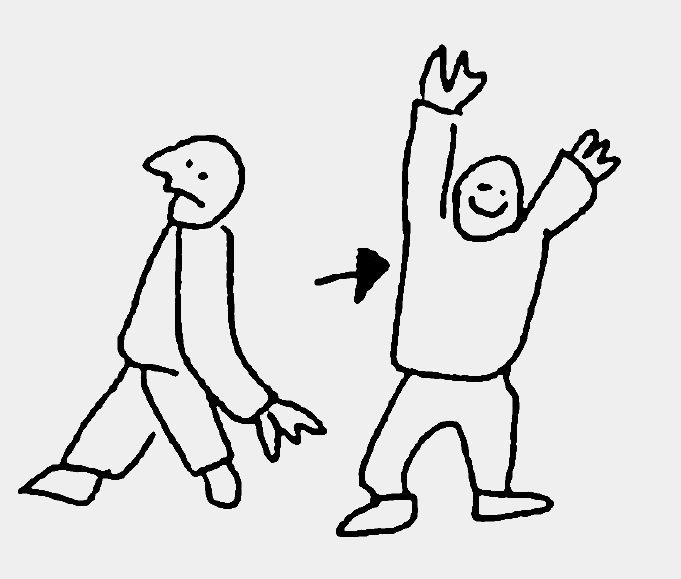 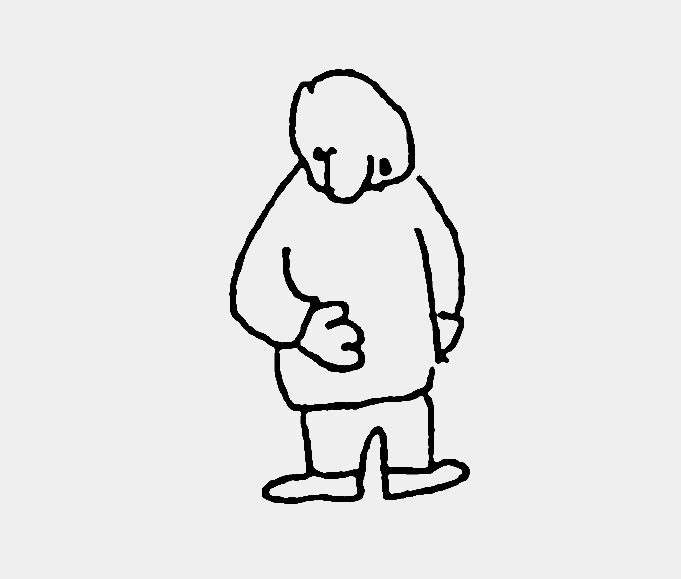 Take care
of your internal organs 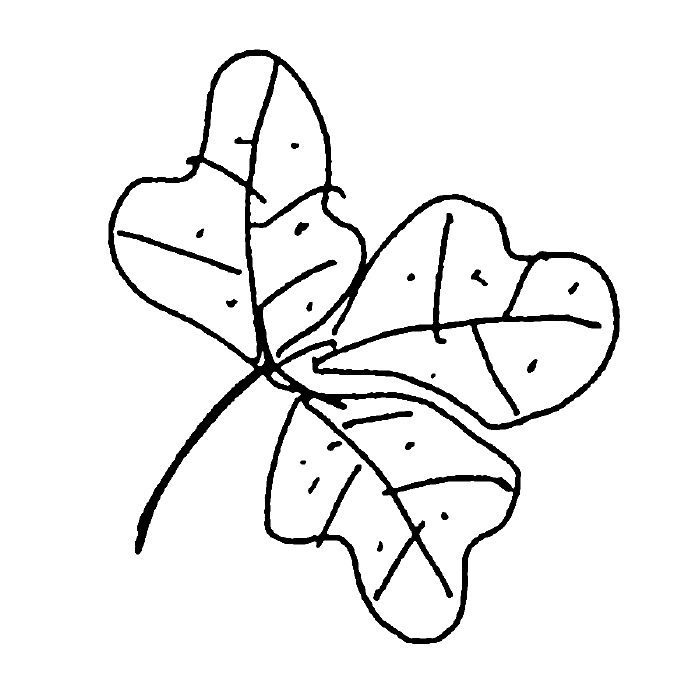 A root used for 2.000+ years for treating hangover, and according to modern research, helpful in reducing the consumption of alcohol and cocaine 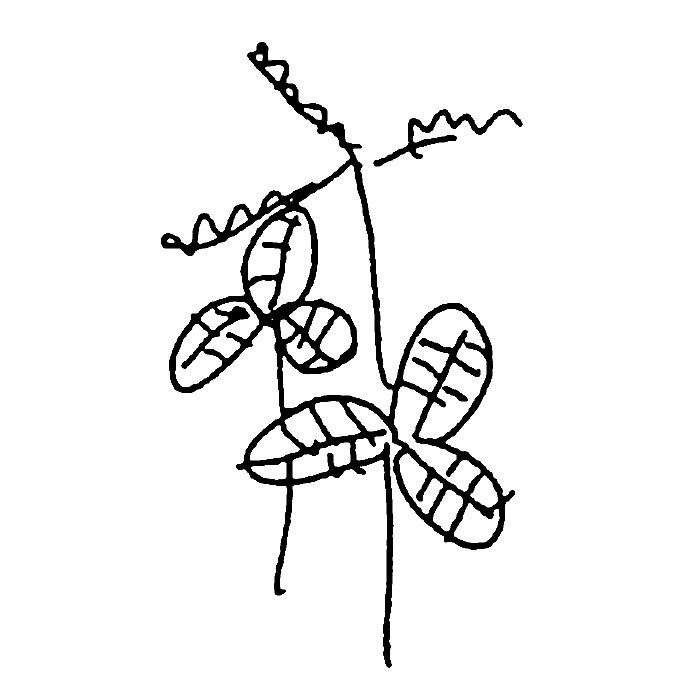 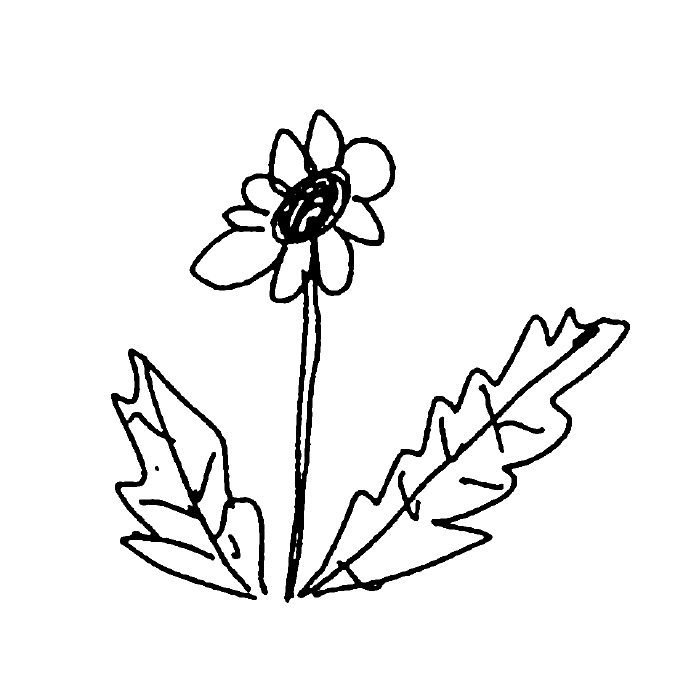 A plant that reduces headache and has anti-inflammatory properties 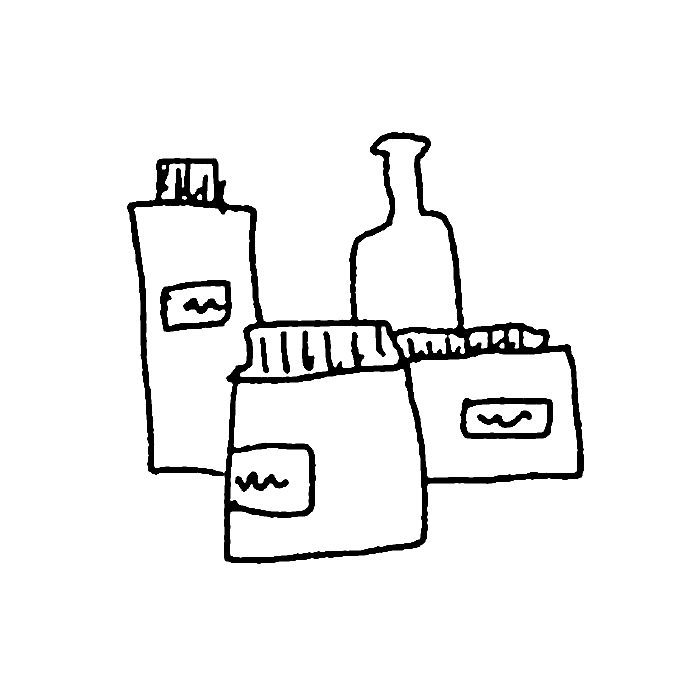 Chlorophyll, green tea, coenzyme Q10, B vitamins B and magnesium

Laboratori Naturethics manufactures according to the GMP (Good Manufacturing Practices) principles. It utilizes state of the art formulations and extractive processes, like cryo-grinding, which thanks to liquid nitrogen and extremely low temperatures (-15°C) protects vegetal tissues and active ingredients from oxidation.

Take a dose of Ripiglio before going out, or if you had an unexpected session of partying, before going to bed.

Or, whenever you feel like rebalancing some excesses by helping your liver and body.

Substance intoxication is a type of substance use disorder which is potentially maladaptive and impairing, but reversible, and associated with recent use of a substance.

If the symptoms are severe, the term “substance intoxication delirium” may be used. Slang terms include: getting high (generic), being stoned, cooked, or blazed, and many more specific slang terms for particular intoxicants. Alcohol intoxication is graded in intensity from buzzed, to tipsy (all the way up to drunk, hammered, smashed,wasted, destroyed, shitfaced and a number of other terms).

What alcohol does to your body

Alcohol is metabolized by a normal liver at the rate of about 8 grams of pure ethanol per hour. 8 grams or 10 ml (0.34 US fl oz) is one British standard unit. Ethanol is metabolised to acetaldehyde by alcohol dehydrogenase (ADH), which is found in many tissues, including the gastric mucosa. Acetaldehyde is metabolised to acetate by acetaldehyde dehydrogenase (ALDH), which is found predominantly in liver mitochondria. Acetate is used by the muscle cells to produce acetyl-CoA using the enzyme acetyl-CoA synthetase, and the acetyl-CoA is then used in the citric acid cycle.

Ethanol’s acute effects are due largely to its nature as a central nervous system depressant, and are dependent on blood alcohol concentrations:

Alcohol can intensify the sedation caused by other central nervous system depressants such as barbiturates, benzodiazepines, opioids, nonbenzodiazepines/Z-drugs (such as zolpidem and zopiclone), antipsychotics, sedative antihistamines, and certain antidepressants. It interacts with cocaine in vivo to produce cocaethylene, another psychoactive substance.

Prolonged heavy consumption of alcohol can cause significant permanent damage to the brain and other organs:

One factor that has been suggested as playing a central role in many pathways of alcohol–induced damage, and which has been the focus of much research, is the excessive generation of molecules called free radicals, which can result in a state called oxidative stress. Particularly important are the actions of a class of oxygen–containing free radicals known as reactive oxygen species (ROS). ROS can damage or cause complete degradation (i.e., peroxidation) of essential complex molecules in the cells, including fat molecules (i.e., lipids), proteins, and DNA. Both acute and chronic alcohol exposure can increase production of ROS and enhance peroxidation of lipids, protein, and DNA, as has been demonstrated in a variety of systems, cells, and species, including humans.

What cocaine does to your body

Depression with suicidal ideation may develop in heavy users. Finally, a loss of vesicular monoamine transporters, neurofilament proteins, and other morphological changes appear to indicate a long-term damage to dopamine neurons. Chronic intranasal usage can degrade the cartilage separating the nostrils (the septum nasi), which can eventually lead to its complete disappearance.

Cocaine-induced cardiovascular disorders such as hypertension, thrombosis, myocardial dysfunction, cardiac dysrhythmias and endocarditis have received widespread attention in the context of cocaine abuse. The number of sudden deaths from cardiac causes, including myocardial infarction, ventricular tachyarrhythmia or aortic dissection, is also increasing. Evidence has revealed that cardiac oxidative stress is a prominent early event of cocaine administration, which severely compromises the cardiac antioxidant cellular system and causes cardiac antioxidant cellular system injuries. Oxidative damage such as peroxidation of membrane phospholipids and depletion of nonenzymatic antioxidants such as glutathione have been found in the myocardium of chronic cocaine-treated animals and in patients. The data indicate that cocaine administration compromised the heart’s antioxidant defense system.

Cocaine can also cause a wide array of kidney diseases and kidney failure.

What alcohol and cocaine together do to your body

Cocaethylene is the byproduct of concurrent consumption of alcohol and cocaine as metabolized by the liver. Normally, metabolism of cocaine produces two primarily biologically inactive metabolites—benzoylecgonine and ecgonine methyl ester. The hepatic enzyme carboxylesterase is an important part of cocaine’s metabolism because it acts as a catalyst for the hydrolysis of cocaine in the liver, which produces these inactive metabolites. If ethanol is present during the metabolism of cocaine, a portion of the cocaine undergoes transesterification with ethanol, rather than undergoing hydrolysis with water, which results in the production of cocaethylene.

In most users, cocaethylene produces euphoria and has a longer duration of action than cocaine. Some studies suggest that consuming alcohol in combination with cocaine may be more cardiotoxic than cocaine and “it also carries an 18 to 25 fold increase over cocaine alone in risk of immediate death”.

Prehistoric medicine incorporated plants (herbalism), animal parts, and minerals. In many cases these materials were used ritually as magical substances by priests, shamans, or medicine men. Well-known spiritual systems include animism (the notion of inanimate objects having spirits), spiritualism (an appeal to gods or communion with ancestor spirits); shamanism (the vesting of an individual with mystic powers); and divination (magically obtaining the truth).

Traces of therapeutic activities in China date from the Shang dynasty (14th–11th centuries BCE). Shennong Ben Cao Jing is the earliest medical book in China. This book was written in the Eastern Han Dynasty between 200 and 250CE. It did not only have one author. Instead, it was the combined effort of many medical scientists in the Qin and Han Dynasties who summarized, collected and compiled the results of pharmacological experience at their time periods. It was the first systematic summary of Chinese herbal medicine. Most of the pharmacological theories and compatibility rules and the proposed “seven emotions and harmony” principle have played a huge role in the practice of medicine for thousands of years in Chinese medicine. Therefore, it has long been a textbook for doctors and pharmacists to learn Chinese pharmacy, and it is also one of the necessary books for medical workers in China.

Kudzu (/ˈkʊdzuː/; also called Japanese arrowroot) is a group of plants in the genus Pueraria, in the pea family Fabaceae, subfamily Faboideae. They are climbing, coiling, and trailing perennial vines native to much of eastern Asia, Southeast Asia, and some Pacific islands. The name is derived from the Japanese name for the plant East Asian arrowroot (Pueraria montana var. lobata), クズ or 葛 (kuzu).

Rich in quercitin, isoflavones and antioxidants, the use of this plant is so common that it has long been used as a therapeutic food, capable, with its properties, of intervening on many problems. In the East it is used as a natural remedy for hangover.

According to some studies kudzu alleviates the effects of alcoholism and other addictions. During an experiment people to whom it was given kudzu as a drink reduced the amount of alcohol consumed daily and, at the same time, increased the consecutive days of abstaining from drinking. No one knows exactly why it works but it’s thought to be because it increase blood flow, which allows you to feel earlier the effects of alcohol and stop drinking after fewer drinks.

An extract of the kudzu vine being developed to treat alcoholism may also help treat cocaine addiction, according to researchers at Gilead Sciences Inc. Tests on rats showed the drug could stop them from giving themselves cocaine, the Gilead team reported in the journal Nature Medicine.

Kudzu is also commonly used to relieve stress and calm intestine and digestive system’s irritation. It’s known for its natural ability to act as gastroprotective, recommended in case of gastroesophageal reflux or heartburn. Kudzu acts by dabbing and absorbing excess of gastric juices; soothes the gastric walls and acts as anti-inflammatory. At the same time improves digestive functions. It’s able to stop constipation and diarrhea, compacting the feces; In conclusion kudzu rebalances the intestine.

Desmodium (Desmodium Desv., 1813) is a genus of plants in the Fabaceae family (or Leguminosae). It has the capacity to protect hepatic cells, preventing glucose-induced oxidative stress and inhibiting the action of monooxygenase enzyme, thereby blocking the production of free radicals, most produced following alcohol abuse.

Parthenium (Tanacetum parthenium (L.) Sch.Bip., 1844) is a plant in the Asteraceae family. It is particularly effective against headaches. Studies have shown hypotensive and antispasmodic properties at level of the digestive tract, due to the action on smooth muscles. It has also a mild tranquilizing effect that would facilitate sleep, if the plant is taken in the evening. Its anti-inflammatory action also has a good soothing effect on joint pains, including those arising from rheumatoid arthritis.

Chlorophyll has antioxidant properties that would help defend the body from negative effects of free radicals. In addition, detoxifying properties have been attributed to it.

Buds of leaves and young leaves of green tea contain the highest percentage of antioxidant principles found in nature, useful for counteracting formation of free radicals. Green tea’s polyphenols are anti-radicals, more powerful even than vitamin C and E.

Intake of food supplements based on coenzyme Q10 is generally indicated to counteract fatigue, asthenia, reduce the feeling of slackness and promote well-being at muscular level, and, by virtue of its antioxidant role, counteract the oxidative stress induced by free radicals.

Magnesium participates in many reactions that take place in cells. It’s the cofactor of more than 300 enzymes that control very different processes, from protein synthesis to functioning of muscles and nerves, up to control of blood sugar and blood pressure.

From Ancient Chinese Medicine to a Novel Approach to Treat Cocaine Addiction
https://www.ncbi.nlm.nih.gov/pubmed/26022266

Kudzu Root Extract Does Not Perturb the Sleep/Wake Cycle of Moderate Drinkers
https://www.ncbi.nlm.nih.gov/pmc/articles/PMC3233215/

Harmful and beneficial aspects of Parthenium hysterophorus: an update
https://www.ncbi.nlm.nih.gov/pmc/articles/PMC3339593/

Some secondary plant metabolites in Desmodium adscendens and their effects on arachidonic acid metabolism
https://www.ncbi.nlm.nih.gov/pubmed/1438471 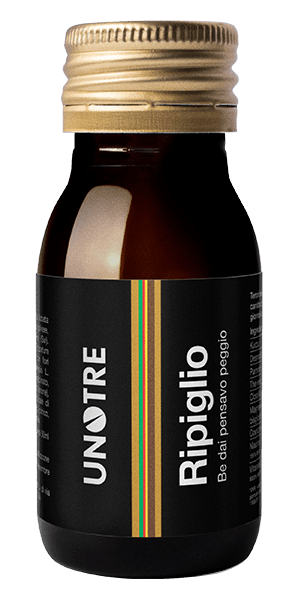 A concentrate of substances of vegetal origin contrasting the undesired effects of partying.